In only FOUR DAYS' time (23rd February) the dreaded Elections Bill has its second reading in the House of Lords. At this reading, Peers will ask the question: "Do we want this legislation at all?" so this is our time to stop the Bill in its tracks.

As Liberal Democrats, our answer is clear.

Together with our cross-party allies, we say NO to the Elections Bill. In fact, all opposition parties are against the Bill.

ONE HUNDRED AND FORTY ONE PEERS… TAKE ACTION TODAY!

It's time to raise our voices once again.

1. Write to our target Peers

We need to win over as many Crossbench, Conservative, and Non-aligned peers as possible. Alongside our allies we have identified 141 target Peers: you can find their names, affiliations and contact details here.

Pick a few and get writing! To be effective, messages should be short, respectful, and not simply copy-and-pastes.

The deadline for Peers to register to speak at the debate is 6pm on Monday, so time is of the essence. Every email counts.

2. Write to your local paper

We need to create a surround sound of opposition to this Bill, up and down the country. A short letter submitted to your local paper can go a long way.

Follow @DemDefCoalition on Twitter and tag it in your tweets against the Elections Bill. Use the hashtags #DemocracyDefence, #DDC and #ElectionsBill 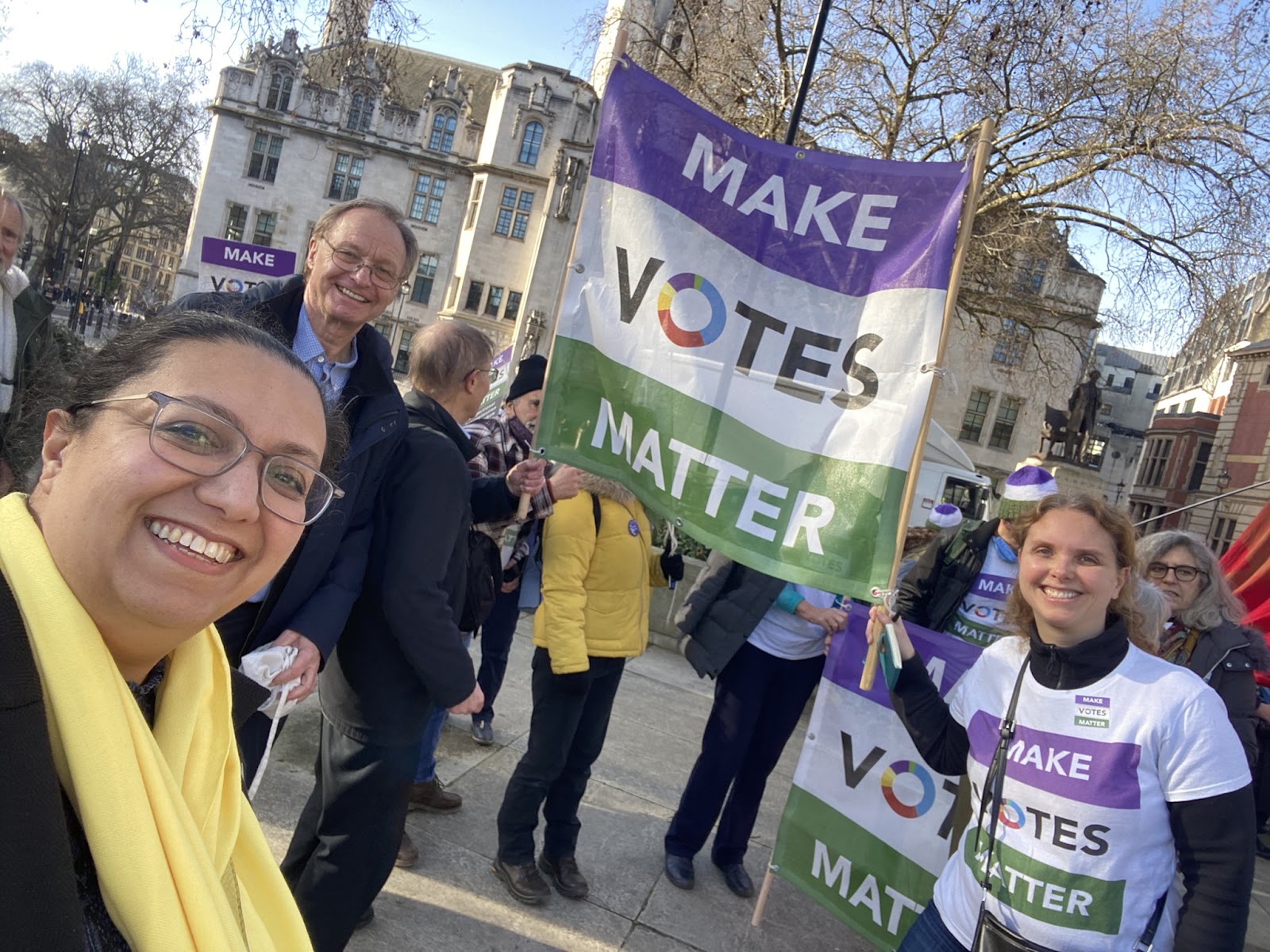 THREE REASONS WHY WE OPPOSE THE ELECTIONS BILL

There are many things wrong with the Elections Bill. Here are our top three.

1. It would disenfranchise 3.5m voters

Requiring photo ID at the polling booth would disenfranchise 3.5m voters. And the Government is spending a whopping £180m to try to mitigate the effects of this…

2. It would take us backwards not forwards on PR

Expanding First Past the Post as this Bill proposes would mean that officials could be elected with as little as a quarter of the vote to oversee important local issues.

3. It would give the Government unprecedented power over how our elections are run

This Bill as written effectively ends the independence of the Electoral Commission. The proposals fit a disturbing trend in legislation that seeks to increase the power of the executive at the expense of the citizen. Peers most recently saw this in the Police, Crime, Sentencing and Courts Bill.

IN A DEMOCRACY NOTHING IS MORE FUNDAMENTAL THAN THE RIGHT TO VOTE IN FREE AND FAIR ELECTIONS.

So please do take action and contact some Peers today - and do get in touch with the team at LDER if you need any help from us, or just to let us know you've written!

P.S. THANK YOU to everyone who turned out to March for Democracy in London and Manchester on 5th February. It was great to hear from Cllr Hina Bokhari AM in Parliament Square! You can hear more about why Hina supports PR in her blog here.